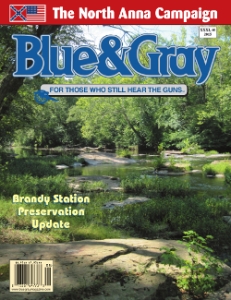 An Excerpt from the Current Issue: Volume 31, #6

As 1864 opened yet another year of war, President Abraham Lincoln determined to challenge his most successful commander, Ulysses S. Grant, by elevating him to lieutenant general and command all of the Armies of the United States. Lincoln reasoned the war was turning now in favor of the Union, but the coming year would prove decisive in both bringing the conflict to a successful resolution and determining the future leadership of the United States with the upcoming Presidential election in the fall. Grant’s proven skill in defeating the enemy armies in the West would now be tested at a new level—that of grand strategy.

In his address to Congress on December 8, 1863, Lincoln had laid out his policy for ending the war and beginning the process of reconstruction. “We have the new reckoning. The crisis which threatened to divide the friends of the Union is past,” said the President. “In the midst of other cares, however important, we must not lose sight of the fact that the war power is still our main reliance. To that power alone can we look, yet for a time. . . . Hence our chiefest care must still be directed to the army and navy.” 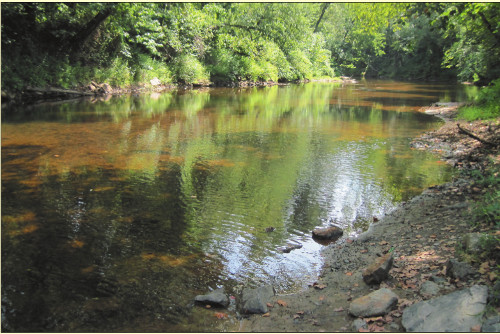 The North Anna River in the vicinity of the Telegraph Bridge.

On March 9, 1864, Lincoln presented Grant with his new command by delivering a short speech of only four sentences. Perhaps the most important were the second and third passages, where the president affirmed, “With this high honor devolves upon you also, a corresponding responsibility. As the country herein trusts you, so, under God, it will sustain you.” Grant responded with his own remarks of three sentences, in which he accepted the challenge and wrote the particularly poignant words, “I feel the full weight of the responsibilities now devolving on me. . . .” 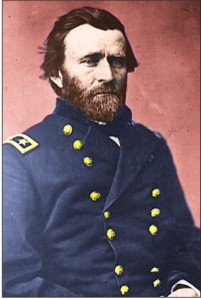 In turn, Grant studied his new role and prepared a unified Federal strategy for the spring of 1864, and provided\ this plan to the principal generals under his command. “So far as practicable,” Grant wrote to Maj. Gen. George G. Meade, commanding the Army of the Potomac, “all the armies are to move together, and towards one common centre,” with the goal of complete annihilation of the enemy armies in the field. All of the Union forces would act together to assert constant pressure on the enemy until they would no longer be able to fight. The Army of the Potomac he regarded as the “centre” of the offensive, with all Union forces from Virginia to Memphis comprising the right under Maj. Gen. William T. Sherman, while Maj. Gen. Benjamin F. Butler’s Army of the James was the Federal left.

Although in command of all the Union armies, Grant chose to accompany Meade’s Army of the Potomac which would enter into direct conflict with Lee, establishing his headquarters at Culpeper Court House, Va., on March 26, 1864. “It has been my intention before this to remain in the West,” Grant confided in his Memoirs, “but when I got to Washington and saw the situation, here was the point for the commanding general to be. No one else could, probably, resist the pressure that would be brought to bear on him. . . .” The Confederate Army of Northern Virginia currently stood in place along the south bank of the Rapidan River, but Grant was not certain that Lee would stand and oppose Meade’s advance, or perhaps fall back to Richmond to protect the threatened Confederate capital. In either case, the Army of Northern Virginia would now become the main target of the Army of the Potomac.

Butler’s force would advance up the James River and threaten Richmond and the railroad lines of supply near Bermuda Hundred at the confluence of the James and Appomattox Rivers. Maj. Gen. Franz Sigel commanded two separate smaller forces in the Shenandoah Valley which would target the Confederate subsistence base there. The movements of Butler and Sigel were intended to force pressure on the main enemy force in Virginia and the Union’s most dangerous enemy, Gen. Robert E. Lee’s Army of Northern Virginia.

In the West, Sherman’s orders were to engage the principal Confederate force in the West under Gen. Joseph E. Johnston, driving him back to Atlanta, while Maj. Gen. Nathaniel P. Banks occupied the Confederate forces along the Gulf Coast and Lower Mississippi River to prevent them from reinforcing Johnston. 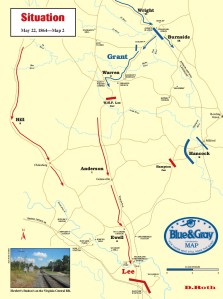 As the spring campaign was about to begin, the President wrote Grant a short note of support on April 30. “The particulars of your plans I neither know, nor seek to know,” Lincoln admitted. “You are vigilant and self-reliant; and, pleased with this, I wish not to obtrude any constraints or restraints upon you. . . . And now with a brave army and a just cause, may God sustain you.” On May 4, the Union armies advanced in Virginia with mixed results. Butler’s advance met head-on a great opportunity to cut the railroad lines below Richmond, but instead the general became passive and was bottled up by inferior Confederate forces. Sigel’s foray into the Shenandoah Valley proved disastrous and he was routed at the Battle of New Market on May 15. Sherman was making progress against Johnston in North Georgia, but faced difficult terrain that the Confederates used to their own advantage to restrain the Union advance.

Meade’s Army of the Potomac took on Lee’s Army of Northern Virginia in the Battle of the Wilderness on May 5-6, and at Spotsylvania Court House from May 8-19, 1864, but was thwarted by the use of earthworks the Confederate army built to even the size advantage of Meade. The tremendous casualties resulting from the two battles greatly reduced Meade’s forces in both size and efficiency. Grant then began the process of gaining forces from the defenses of Washington and other northern cities, but those men were just now arriving, with little or no combat experience. Confederate casualties were crippling as well, but by fighting on the defensive, Lee retained an advantage in command and control of his army.

The Union advance in Virginia had stalled at Spotsylvania, primarily a result of the lack of support from incompetent generals such as Sigel and Butler, but also because of the fighting skill of Lee’s army. In a now weakened state, Meade’s army continued to move forward, around the Army of Northern Virginia at Spotsylvania. Once in the open, Meade would have a chance to fight Lee outside of his maddening trenches, where the still superior Union numbers could decidedly crush Lee. To bring the Confederates to such a battle, Grant offered Lee a delectable prize— the entire Union II Corps. Grant ordered General Meade to send the corps south as far toward Richmond as they could march in one day, using the Mattaponi River to cover his left flank. Lee had little choice but to react to this threat both to his line of supply and the Confederate capital city. With Lee out of his earthworks, Grant would have an opportunity to strike the Confederate army a blow that might perhaps end the war.

To Continue Reading this Issue, Click Here to Purchase